“You give the appearance of one widely traveled
I bet you’ve seen things in your time.”
— Willie Nelson, “Yesterday’s Wine”

Why does it seem like only yesterday we featured Willie Nelson on the cover of Texas Music for the first time — in honor of his 70th birthday?

Actually, that was way back in the spring of 2003, but time is funny that way when it comes to Willie, who frankly doesn’t seem to have really aged a day since he started growing his hair and beard out upon moving back to Texas from Nashville in the early ’70s — adopting the iconic hippie-redneck messiah look that’s more recognizable to the world over than any face carved into Mount Rushmore. And heaven knows he certainly hasn’t slowed his roll even a bit over the last half century. It literally took a worldwide pandemic to keep him off the road for the last year, but, of course, he still managed to add two fine new albums to his massive discography in that time: last summer’s First Rose of Spring and this February’s That’s Life (his second collection of songs made famous by the late Frank Sinatra). The year still being young, we wouldn’t be at all surprised if he knocked out a couple more before we ring in 2022.

And yet, all that said … seeing that the most beloved Texas music of all time will be turning 88 — 88! — this month still does our heads in. So throwing him a virtual party for the second installment of our “Texas Music Presents” playlist series was a no-brainer. And because his birthday is April 28, we made this one 28 songs long; obviously we could have kept going and made it 88, but we kept ourselves in check, hoping/trusting that our picks here will inspire Nelson fans old, new, diehard and casual to keep on Willie-binging to their hearts’ content.

Now, a few quick notes on our selections here. You’ll notice that, for the most part, we avoided the most obvious staples from the Nelson repertoire, which can, of course, be readily found on any of the seemingly hundreds of greatest hits collections or “Essential Willie” playlists already out there. But we also didn’t dig too deep into his catalog to flex any kind of hipster/historian cred.

We just wanted to have fun picking songs that seemed appropriate for a living legend’s 88th birthday party. Songs like the timeless “You Make Me Feel So Young” (from his aforementioned latest album, That’s Life), “Don’t Be Ashamed of Your Age” (from his 2006 collection of Cindy Walker covers, You Don’t Know Me), and a couple of other latter-day favorites from his ever-growing “still kicking” file — like the title track from 2018’s Last Man Standing and 2017’s still funny “Still Not Dead” (from God’s Problem Child). We also grabbed a handful of choice cuts from across his many decades that jumped out at us just because, well, we love them, ranging from 1962’s classic “Mr. Record Man” to a nearly 9-minute all-killer, no-filler medley from 1976’s The Sound in Your Mind to “The Wall,” a stone-cold modern masterpiece from his 2014 album, Band of Brothers.

Oh, and because it really wouldn’t be much of a birthday party if Willie was left all by his lonesome, we invited a handful of his friends, relations and famous fans (some still with us, some sadly passed on). Some are here singing with Willie (like Waylon Jennings, Kris Kristofferson, Merle Haggard, Jamey Johnson and even Snoop Dogg); others are here toasting him by singing his songs (like Doug Sahm, the Flatlanders, Lyle Lovett and Ray Benson, Cross Canadian Ragweed, and his own sons, Lukas and Micah Nelson). And some — well, one of them, anyway — is here just to kick things off with a song of his own written about and for the birthday boy: Bruce Robison, asking, “What Would Willie Do?” 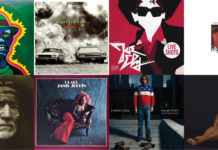 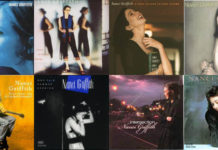 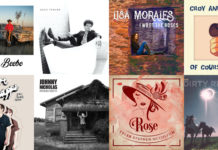