IN OCTOBER, Veronica Flores, a young mother from Raymondville, Texas, drove the five hours from her hometown north of Harlingen to Austin — just to see if she could live her Tejano version of the American Idol fantasy.

She was on her way to compete in a wildly popular — but little-known to gringos —  musical extravaganza called Tejano Idol, which was created a decade ago when American Idol and other “music reality” shows took over the airwaves. Some hardcore music lovers in Austin decided to create their own version but with a much lower budget and without a network to broadcast it.

They had a special mission: to celebrate and reward amateur singers doing their part to make sure that Tejano music, loved by millions of listeners around the state, is preserved.

Singers like Flores come to compete for the $1,000 top prize — and the chance to score a recording contract with Freddie Records, the legendary label that was once home to one of Texas’ most popular, bestselling superstars, Selena Quintanilla, the “Queen of Tejano,” who was murdered in Corpus Christi in 1995 by the president of her fan club.

Flores, a wife and mother to two young boys, dreams of being as big as Selena one day. “I grew up listening to Tejano music,” she says. “We’d wake up hearing bands like Grupo Mayo or Jimmy González. Now, when I practice at home, my kids are into it. I can tell they like it. They’re my biggest fans.”

It’s not just her kids who like it: on Oct. 17, the singer from Raymondville beat out 15 other finalists during the finale hosted by Tejano Hall of Famer Shelly Lares at Austin venue Dance Across Texas.

Flores earned her way to the finale first by singing “No Me Queda Mas” by Selena at the McAllen auditions in August. Her performances of Selena’s “Si Una Vez” in the final round of the preliminary competition and “Bidi Bidi Bom Bom” in the championship round at Austin helped catapult the singer to the win.

As her reward Flores picked up the $1,000, an opportunity to record two songs on Freddie Records as the new Tejano Idol, plus a video and photo shoot.

Past Tejano Idol winners include Oak Hill’s Ashley Borrero in 2011, 2012 winner Anani Rhames of San Antonio, 2013 winner Mario Macias of Fort Worth, and Erica Rangel of Houston, who took home the crown in 2014.

All this Tejano Idol adventure started in 2006, when the only all-Tejano music radio station in Austin shut down in the wake of increasingly popular genres like norteño and banda. Some local fans ended up founding the Austin Tejano Music Coalition (ATMC), a nonprofit dedicated to promoting the Tejano sound and culture — and it all led to their creating the contest.

“We’d even go into bars to sell tacos to raise money for the coalition,” says Christina Gonzales, a jewelry maker in Buda and one of ATMC’s founding members. “We’d take money out of our pockets, which we still do.”

The 2016 edition featured all 16 finalists — all but one of whom were from Texas — who each performed one song before the judges. This year, Tejano singers David Farias, Tejano RoZe and Steve “Rat” Silvas, along with label representatives Mi Chel from Hacienda Records and Marc Martinez from Freddie Records, comprised the judges’ table.

The final competition takes place on only one day. The contestants, who are previously selected from auditions in cities like Austin, San Antonio, Houston and McAllen — as well as video auditions with singers from other states — get their lone shot to convince the panel.

It’s not a surprise that a big part of the resources that the ATMC raises during the year goes directly to the winning prizes. “We still don’t have an orchestra to back up our singers,” says Aggie Saldana-Sanchez, Tejano Idol producer. “They have to do it out of a karaoke CD or whatever music they can find.”

But year after year, the competition has gained popularity among Tejano fans around the country. But even with the popularity, keeping the show funded is hard. “We struggle all year,” says Saldana-Sanchez. “We start making tamales this month to sell, so we can build up funds for next year.”

Tejano music isn’t as popular as it was in the ’90s, when Selena and Emilio Navaira topped the charts. But current Tejano stars like Elida Reyna and Shelly Lares have a strong fan base, including some listeners who learned about the sound from their elders or adopted it from Latino friends.

In 2012, Anani Rhames, an 11-year-old African-American from San Antonio, beat 21 contestants at the Tejano Idol finale, without knowing one word of Spanish.  “In school, her best friend was Mexican,” Saldana-Sanchez explains. “She fell in love with Tejano music. She was taking opera lessons, then switched to Tejano.”

That’s a hopeful sign, Saldana-Sanchez believes. “The idea is out there that Tejano music is dying,” she says, “but I don’t believe that. It’s not a Mexicano thing anymore — we’re passing on our tradition to our kids, and their friends from other races get to like Tejano.”

And maybe the music is coming back. Today, at least, one radio station is playing Tejano music full-time in Austin: KOKE 1600 AM. “I feel proud to say that Tejano music is the only genre that was born and raised here in Texas,” Saldana-Sanchez says. “We’re not going to let it die.” 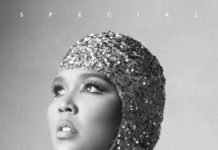 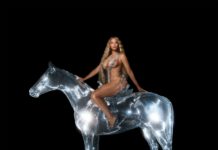 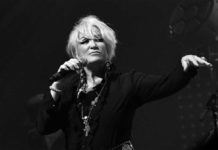