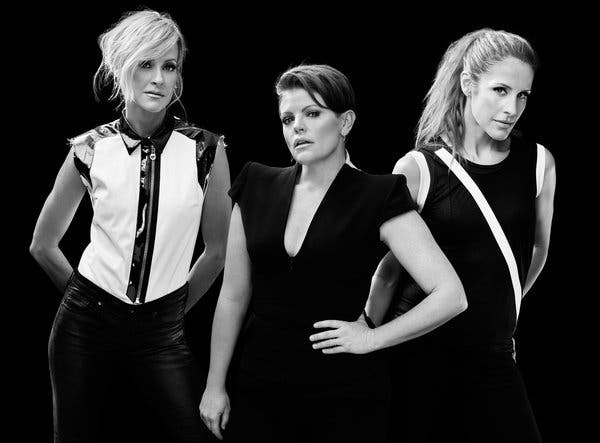 IT’S HARD TO overstate just how popular the Dixie Chicks were in 2003. With three major-label albums — Wide Open Spaces, Fly and Home — they’d become America’s top-selling female group of all time, writing the soundtrack for pretty much everyone who listened to country music during the turn of the 21st century. They could play. They could sing. They could speak their minds. What wasn’t to love?

During a European promo show for the group’s 2003 Top of the World Tour, Natalie Maines took a minute to address the crowd. It was fewer than two weeks before the invasion of Iraq, and anti-war protests had been breaking out across the globe. The Dixie Chicks sympathized with the protestors.

“Just so you know, we’re on the good side with y’all,” she told the audience at Shepherd’s Bush Empire in London. “We do not want this war, this violence, and we’re ashamed that the President of the United States is from Texas.”

A-list bands like Pearl Jam had been criticizing Bush for years, but contemporary country groups were expected to tow the (Republican) party line. With two quick sentences, Maines permanently separated the Dixie Chicks from the very audience that had supported them for years. The following day, London newspaper the Guardian published her comments in a review of the show. The news quickly made its way across the pond, where American audiences responded by boycotting the Chicks’ shows, bulldozing their CDs, banning their songs from country radio and, in the most extreme cases, threatening to shoot Maines onstage.

The Dixie Chicks completed the Top of the World Tour without the support of their original sponsor, Lipton, which had pulled its support once the politics hit the fan. Then, fueled by the need to speak their minds more clearly, the Chicks holed up with rock producer Rick Rubin to record Taking the Long Way, an album about conviction, defiance and one frontwoman’s refusal to apologize.

Then they returned to the scene of the crime. Standing in front of a sold-out crowd at Shepherd’s Bush in 2006, Maines looked happy and mischievous. “The only thing people keep asking is, ‘What are you gonna say?’” she tells the crowd. “As usual, I didn’t plan anything, but I thought I’d say, ‘Just so you know, we’re ashamed the President of the United States is from Texas.’”

Then, while the crowd — including one wannabe cowboy dressed in an American flag shirt — roared its approval, the band kicked into “Taking the Long Way,” the title track that helped the Chicks win five Grammy Awards in 2007. Until they return to the studio, Long Way will stand as their swan song … and really, it’s not a bad way to go out.