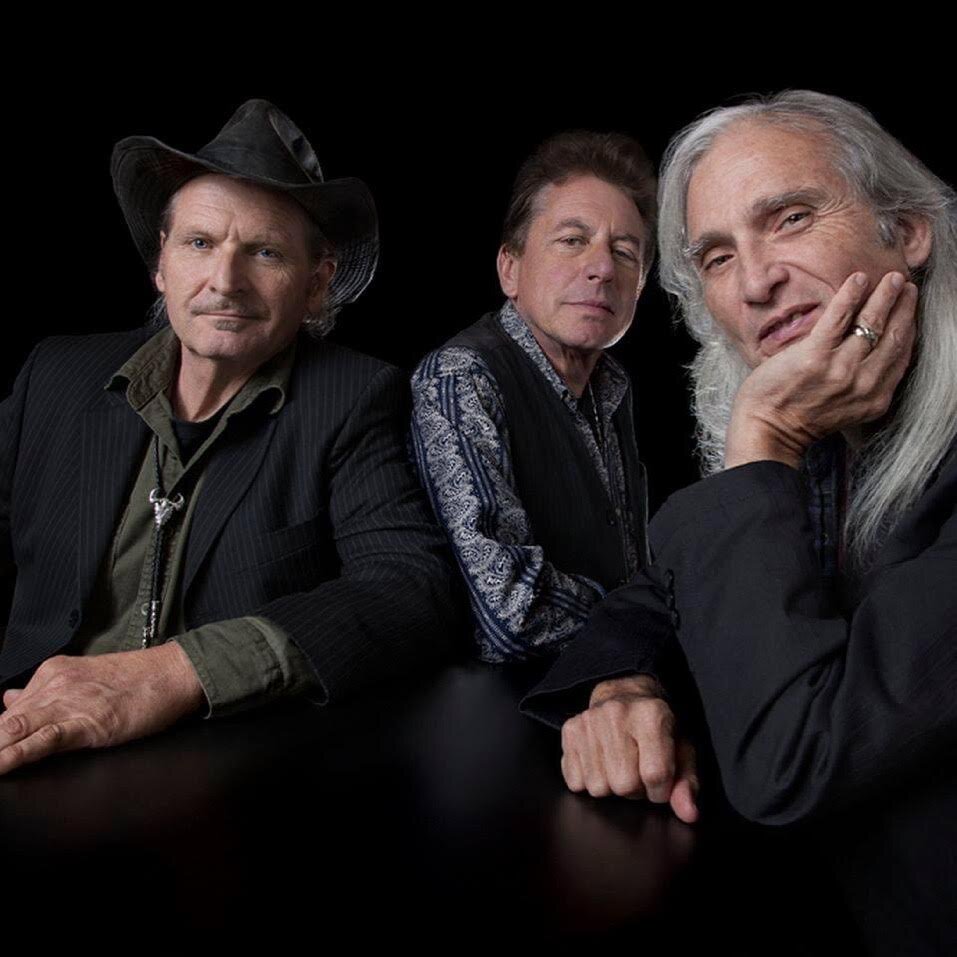 You know that philosophy espoused by organizational guru Marie Kondo, about improving your life by getting rid of everything that doesn’t “spark joy”? Sure, it may help tidy up your home and closet space, but hoarding can have its rewards, too — at least if you’re Joe Ely. Ever since launching his Rack ’em Records label back in 2007, the Lubbock-reared roots rocker and founding member of the Flatlanders has been mining pure gold (or “Pearls from the Vault,” as he calls them) from his huge stockpile of unreleased music spanning more than five decades, most of it tracked right inside his own Spurs Studios in Austin. Last year’s meticulous rummage through that archive yielded the stunning Love in the Midst of Mayhem, which mixed songs new and old (but previously unfinished) into a seamless soundtrack for the summer of pandemic. And with plenty of lockdown time left for Ely to keep digging for more, lo and behold, he found all the right parts for a brand new Flatlanders album, too.

Coming hot on the heels of 2009’s Hills and Valleys (hey, we’re talking about a band here that once took 30 years between records), the aptly titled Treasure of Love comprises 14 songs — primarily covers of old country, folk and bluegrass favorites — that Ely, Jimmie Dale Gilmore and Butch Hancock recorded together at Ely’s during various windows of opportunity throughout the last dozen or so years. They were sometimes accompanied by available band members, like guitarist Robbie Gjersoe and bassist Jimmy Pettit, but most of the sessions were just for fun, just old friends casually swapping songs like they did when they shared a house in Lubbock way back in the early ’70s.

It wasn’t until late 2019/early 2020 when they actually planned to write and record a new album together only to have to break for quarantine, that the realization that they actually already had a perfectly good new record ready to go even occurred to them. Well, almost ready. Enter co-producer and multi-instrumentalist Lloyd Maines, who took the demos like a hand-off from the Flatlanders’ own 20-yard line and ran them clear across the field into the end zone. 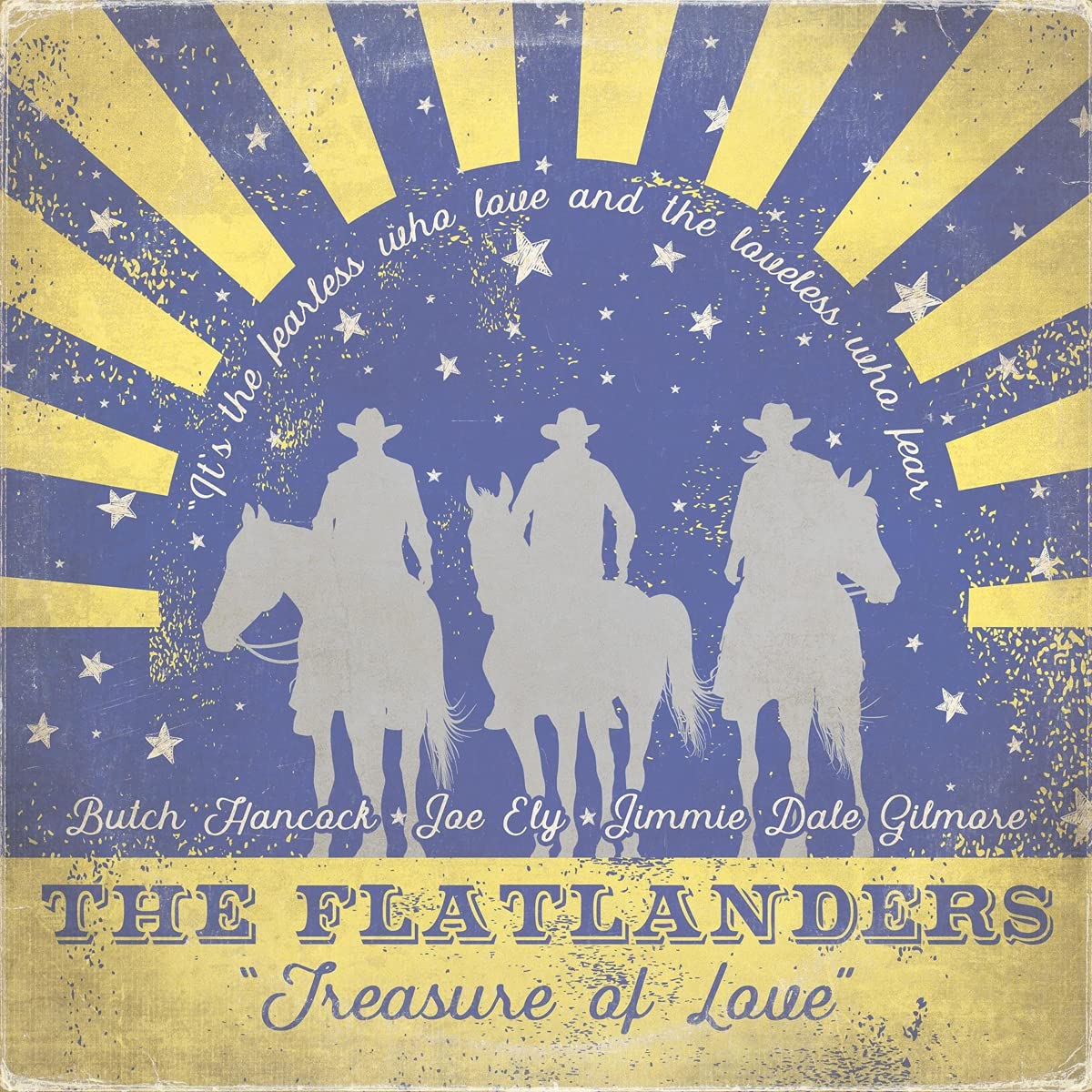 Maines — a Lubbock light in his own right and half (with the late Jesse “Guitar” Taylor) of the twin-engine roar of the original Joe Ely Band — is definitely the MVP of Treasure of Love, as made apparent from the moment his wailing pedal steel kicks into thunderous, Live Shots-worthy overdrive on the opening “Moanin’ of the Midnight Train.” Penned by Hancock and sung by Ely, “Moanin’” is one of just four originals here, two of which Hancock and/or Gilmore previously recorded on solo albums. All circumstances considered, that’s still a bummer — especially compared to the bounty of brand new songs all three Flatlanders co-wrote together on their last album (most notably the outstanding “Homeland Refugee” and “Borderless Love”).

But to everyone’s credit, the 11 covers that make up the bulk of Treasure — including songs by fellow Texas legends Townes Van Zandt, Mickey Newbury, Earnest Tubb, George Jones and the Big Bopper — are hardly filler. The instrumentation — most notably the guitar and steel work, be it overdubbed by Maines in post-production or tracked in the original sessions by Gjersoe and the Flatlanders themselves — is feisty and uniformly excellent, and Ely, Hancock and Gilmore all turn in superb vocal performances.

So here’s hoping they do come back around to writing at least one more album together. But if there’s more buried treasure in Ely’s closet on the level of Gilmore singing Bob Dylan’s “She Belongs to Me,” Hancock doing right by Johnny Cash’s “Give My Love to Rose” or all three of them taking a rousing whirl at “Sittin’ on Top of the World,” well, another album just like this one should still spark more than enough joy to keep any Flatlanders fan plenty satisfied.