Home Fresh Off the Press The Independent: Lone (Super)Star State 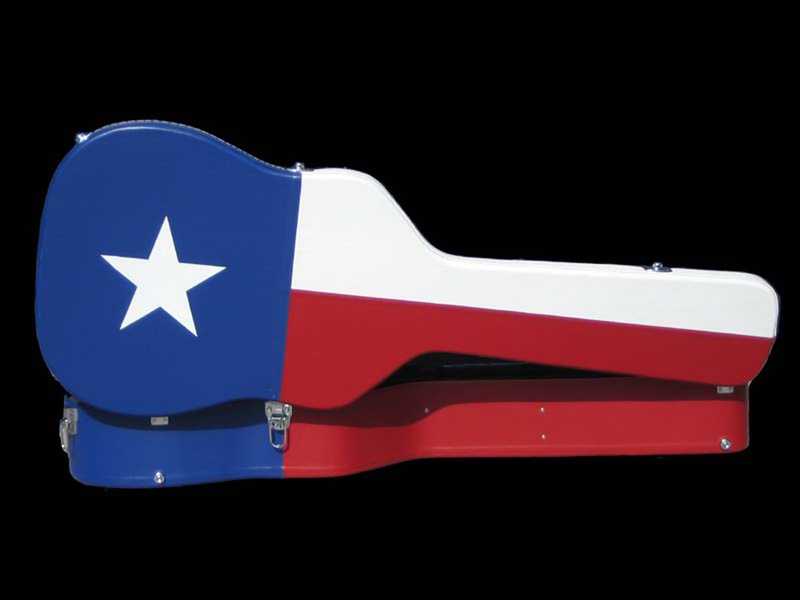 This article ran in the Nov. 21 edition of The Independent, a British newspaper based in London. We’re reprinting it here with permission of ESI Media so our readers can enjoy an international perspective on Texas music.

“Don’t mess with Texas” goes the well-worn American proverb. You can apply it to many things, but it’s especially true when it comes to the state’s music. The cowboy hat-wearing, spur-sporting enigma is a land of myths, misconceptions and mysteries. Nestled in the belly of the United States, it’s where the open road blurs into the horizon, along with the line between the sultry south and wild west; past and present; legend and ghost.

When it comes to Texas music, the cliched images of cowboys, cattle and six-shooters blur as well. But look at this year’s Grammys, and you get a real sense of the broad sweep of Texan artists, proving there’s more to the state’s music than just a twang. Looking back at the 2021 Grammy nominations, Houston native Beyoncé became the most-decorated female artist in the awards’ history this year. And at the same time, a further 22 Texan acts muscled up to one another, including rappers Megan Thee Stallion and Post Malone, jazz musician Norah Jones, country’s finest, Miranda Lambert, and bearded boogie-rockers ZZ Top. There was also a nod to Texas icon Selena, who was honored with a Lifetime Achievement Award. Surely, there must be something in the BBQ sauce.

“We’re incredibly diverse, we’re independent, and we’re tradition-based,” explains Brendan Anthony, director of the Texas Music Office, on how the Lone Star State keeps its musical heritage alive. He gives Texas’ history of immigration as a reason it remains a music mecca. “We’re a state that’s populated by people who’ve come here from all over the world for hundreds of years,” Anthony says. In that time, Texas has absorbed those myriad cultures — Spanish, Mexican, French, German, eastern European — into its social and cultural fabric, creating a unique musical patchwork quilt from its storied past.

But just because it’s bound up in tradition doesn’t mean that Texas music need conform to a stereotype. “There’s a large misconception that because Texas has been gerrymandered into perpetual red-stateness, it’s very conservative and monocultural,” says Greg Gonzalez, bassist for the nine-piece Latin funk band Grupo Fantasma (who shares his name with the Greg Gonzalez of fellow nonconformist, Texas-formed band Cigarettes After Sex). “Nothing could be further from the truth: it’s made up of many different geographies, economies and communities.” He agrees with Anthony that Texas’s rich – and perhaps often overlooked – cultural heritage has been absorbed into the state’s musical makeup: according to the 2020 census, 42.5 per cent of Texans are white, 39.3 per cent are Hispanic, 11.8 per cent are Black and 5.4 per cent are Asian. “You can hear that in the music we create,” Anthony says, “and then you can also hear these really interesting fusions.”

Tejano music (also known as Tex-Mex) paints this evolution perfectly – it’s a style of music native to Texas but which draws on Mexican folk and European polka and waltz rhythms. Another example is Western swing, an oft-thrown-around genre that’s become known as the “Texas sound” – but even that can’t be pinned down to one style, being as it’s a stew of country, blues, jazz and Latin.

Adrian Quesada of the Austin-based Black Pumas spent the first half of his life in Laredo, a town on the Texas-Mexico border. “Because I grew up like that, between a border and two cultures, I don’t really hear a lot of borders in music,” he says. He cites Selena, the biggest name in Tejano music to come out of Texas, as the perfect example. “If you put on a Selena song,” Quesada says, “it’s just as Texas as Beyoncé to me.”

With all this borderless genre-blurring, what is that quality that makes a song so quintessentially and tangibly Texan, then? Anthony says it’s more about an attitude. “It derives from an independent streak that Texans typically have,” he says. Whether it’s a song about love, loss or laundry, a Texan artist will perform it with grit, independence and a do-it-yourself spirit. For instance, while many female musicians of the ’60s guided their careers toward the softer side of rock with folk music, Texas-born Janis Joplin broke the mould with her trademark rough-around-the-edges wail reminiscent of Black blues singer Bessie Smith. She blazed a trail for women in rock with her unconventional sound and by refusing to stick to the status quo.

So too did the Chicks (formerly Dixie Chicks), who were country music’s sweethearts until they stepped up and publicly criticized then-president (and fellow Texan) George W Bush in 2003. When the group drew death threats amid the backlash, they set them to a tune with their song “Not Ready to Make Nice.” The song opened listeners up to another side of the group — a side of strength, tenacity and unwillingness to back down. The Texas side.

Disko Cowboy, who makes country disco music mashups and has a modern urban cowboy lifestyle brand called Vinyl Ranch, best describes the state as “Planet Texas.” By this, he means the state has its own culture with its own universe of thought. “It’s an ethos of, ‘I’m going to do it my own way,’” the Houston-based DJ explains. “You can love it or hate it, but these artists are going to do what they want how they want.”

That sentiment is mirrored in a recent interview with singer-songwriter Charley Crockett, in which he reflected on his success. “Maybe the reason I got lucky is because I really stayed true to myself,” he noted. “You know, I’ll have 10 records out by the end of this year. They’ve all been done my way.” In a 2008 interview, rapper Bun B of the legendary Texas hip-hop duo UGK said: “Everything UGK has achieved they’ve achieved by their own standards,” he said. “We’ve never compromised ourselves just to gain a few more sales and make a little bit more money. We’ve always tried to maintain the integrity of not just the group but us as individuals and as artists.”

Texas is also uniquely bound in its political tensions, especially between left and right. Most recently its citizens have united over the state’s draconian abortion laws. Austin-born Latin-folk singer-songwriter Gina Chavez explains: “We’re a place of duality, struggle, a place of perseverance and hope, a place built and sustained by immigrant labor but too afraid to admit it.” An artist on the front lines fighting for the rights of women and trans people everywhere, perseverance and strength are major themes in Chavez’s music, as in her feminist anthem “She Persisted.”

Unlike other states, Texas’s music industry is structured in a way that supports and champions its artists from the grassroots up. “Texas is such a big place with lots of opportunities to play – at least that was true before COVID – that artists can make a living without leaving the state,” explains Lloyd Maines, a record producer and lifelong Texan. It allows for more small businesses to flourish around independent music. Artists are able to reach fans by meeting them face to face and by building concentric touring circles often based out of the artists’ old stomping grounds.

Since the scene is self-sustaining and not as heavily dependent on national radio time or streaming, artists can build touring markets more easily. Those opportunities may not be as abundant when compared to what is considered accessible and commercially viable in major cultural hubs like New York and Los Angeles, and Adrian Quesada admits that by staying in Texas, his career has progressed at a slower rate. “But,” he adds, “I also think, on the other hand, it felt like the payoff was better.”

And that independent ethos rarely tips over into selfishness. The Texas music scene comes with a sense of camaraderie and support. The trademark hospitality of the bordering Southern states has melted into the Texas culture and reared its head in what is typically regarded as a cutthroat industry. “Being Texan means feeling like a part of a community, treating your bandmates and partners as family, and being true to your word,” says Grupo Fantasma’s Gonzalez. “I think the outspokenness and emphasis on honesty, the aversion to fancy, non-plain-talking comes through in the music, lyrics and attitudes of Texas musicians.”

Tradition — something in which Texas music is heavily based — is a big reason for the staunch pride that comes with the territory. For Texans and Southern communities as a whole, there’s no shame in celebrating where you’re from — quite the opposite. As his persona suggests, “the iconography of Texas is very much braided into everything I do,” says Disko Cowboy. Some Texan artists use iconography the rest of the world is already familiar with, or like Disko Cowboy, they attempt to correct or readdress the misconceptions about the state being a strictly conservative, one-note place.

Others, like the R&B singer Solange Knowles, use their art to resurface parts of history that most people have either forgotten or chosen to erase. A 2019 review of Solange’s homage to her birthplace, When I Get Home, observed, “The album honors Black culture in Houston, but also looks beyond it to the traditions of rural Texas.” Having gone back to Texas — to her roots — to work on the album, the musician offered listeners an exploration of her hometown, an intimate look into her experiences, her upbringing and the cultural traditions from the city that informed her art. “I know that, at any given time in my life, I can come back here to Houston, to Third Ward, and have these anchors that really lift me up,” Solange says. “So that’s what I did.” She also found a way to lift up the more forgotten aspects of Black history in Texas. Using the album and its accompanying film, Solange highlighted the Black cowboy and explored the overlooked cultural traditions of the often whitewashed western culture.

Dallas-born jazz artist Jazzmeia Horn is another musician who pays homage to her roots and looks to reassert the Texan links between genres. Her songs celebrate the gospel traditions of her upbringing and, as an artist, she holds tight to the foundations the Black church in Texas gave her, which she says has been hugely influential on the development of other musical styles. “There are a lot of churches in the Black communities in Texas,” she notes. “This has a very hard pull on the way we play jazz music as African Americans.”

So there you have it: Texas has more musical innovation than you can shake a stick at. It’s wholly unique, and that spirit will always be embedded in the music it exports. The time is well overdue for it to be recognized for the diverse music mecca it really is. 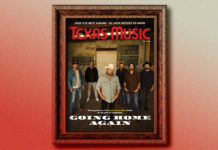 Inside the Fall 2022 Issue of Texas Music 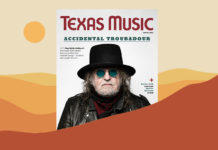 Inside the Spring 2022 Issue of Texas Music