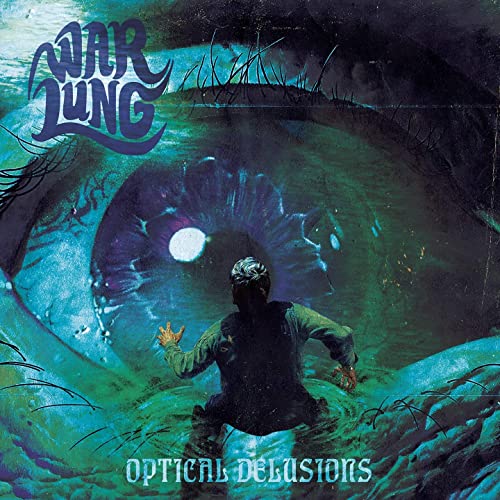 In a state as gifted with heavy psych and doom bands as Texas, it’s pretty easy for any given group of weed-riffers to get lost in the parade. That’s doubly true when practically all of the top rock clubs in the state are more or less shut down. Maybe 2020, then, wasn’t the ideal year for Houston outfit Warlung to release its first album for a label.

Fortunately, this is a group that can’t help but stand out. Guitarists George Baba and Philip Bennett bring the Sabbath-worshipping riffs as well as anybody in Texas, but they’ve also got hair-raising vocal harmonies on their side — and they can write a song to boot.

In short, Warlung isn’t just another muddy, big-city stoner band. The sing-along bridge on “Phantasmagoria” recalls Neil Young at his heaviest; “Sun Eater” is a psych-rock slow jam you can make out to. Over the heavy blues of “Order of the Solar Temple,” Baba sings the riff like a classically trained Ozzy Osbourne. While their biggest influences clearly lie in the early ’70s,  though, the album’s modern approach to sound production gives the band a timeless feel to what might have sounded like a retro rehash.

Optical Delusions is a hard-rockin’, easy-goin’ record that may not quite escape (favorable) comparisons to Texas doom icons the Sword. But stacking together this many sweet riffs and harmonies into actual songs is anything but easy. There’s real songwriting on display here that rewards repeated listens after the THC wears off.