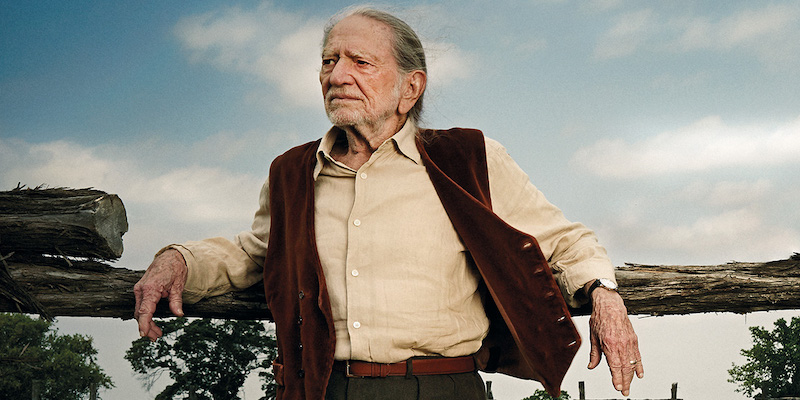 MANY OF HIS peers are dead, and countless others haven’t picked up a guitar since their arthritis kicked in. But last year, just two days after releasing his aptly titled 73rd studio album, Last Man Standing, Willie Nelson turned 85. A few weeks later he was, as usual, on the road again. He’s got plenty of cash and a legacy that rivals any musician who’s ever lived, so no one would blame Nelson if he spent the rest of his life doing nothing but lounging on a beach near his home in Maui or enjoying edibles at his ranch outside Austin. Yet he’s still writing songs, playing guitar and making music nearly every day.

So why does he still do it? “I need to keep being creative, not to prove anything but because it makes me happy just to do it,” Nelson says. He partially credits doing what he loves for keeping him animate into his 80s. “Keeping busy has a lot to do with keeping you alive.”

What else would he do? Over the past couple of decades, whenever Nelson was asked about retirement, he’d reply, “All I do is play music and golf. Which one do you want me to give up?” 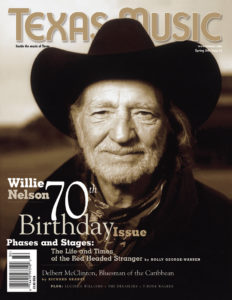 FULL NELSON: No one has graced our cover more than Willie.

Playing music is how Nelson gives back. He fights for American farmers with Farm Aid, his annual fundraising concert, he plays benefits for hurricane and fire victims, and he performs gratis shows for wounded soldiers. For years, Nelson’s handlers have tried to insulate him from outsiders asking him for help because, they say with exasperation, “Willie can’t say no.”

Meanwhile, the people keep coming. “The fact that people still show up and like what we do is a good enough reason to keep doing it,” Nelson says. He’s struggled over the past few years: he’s been sick, and he doesn’t perform as long as he used to. But when he walks onstage, waves at the crowd and greets them with a “How y’all doin’?” he’s repaid with adoration, and he feeds off of that energy.

It’s also a family affair. Sure, he’s shared the stage with some of the world’s most renowned musicians, such as Ray Charles and Frank Sinatra, but nothing pleases Nelson more than playing with family. Every night on tour, his sister, Bobbie, whirls through the instrumental number “Down Yonder” on piano, while Willie looks on in admiration.

And he gets special joy from performing with his brood: sons Lukas and Micah and daughters Amy and Paula. “There’s nothing better than having your kids get up onstage and play music with you,” he says. “You can’t beat that.”

And the beat goes on. He’s had health issues over the years: one of his lungs collapsed in 1981 and again in 2008, and in recent years he’s ruptured a bicep and torn a rotator cuff. But Nelson stays in shape. He bikes, swims, lifts weights and does tae kwon do. “I think Dad’s gonna live to be 108 years old,” Lukas says.

In February 2015 a fake news site proclaimed that Nelson was dead. Two months later it followed with a report that a gardener had found him lifeless in the front yard of his Maui home. And on Aug. 3, 2017, various radio stations began tweeting rumors that Nelson had died. When he heard about his demise, he responded as you’d expect: he laughed. Then he went out and played another show.